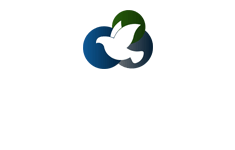 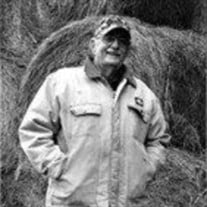 Copy the text below and then paste that into your favorite email application.

Aubrey Dean Archer of Pulaski passed away on Tuesday, September 29, 2020 at Maury Regional Medical Center. He was born in Pulaski, TN on September 10, 1934 and was 86 years old. Aubrey was born during the Great Depression to parents who made their living working on dairy farms in Tennessee and Florida. Aubrey was a rambunctious child who loved to joke and cause trouble with his aunts and uncles. He was the boisterous child of the family. While living in Florida in 1951 at 17 years old. Aubrey joined the US Navy as a Ship Serviceman and served aboard a destroyer as well as the USS Oriskany (CVN 34) in the western Pacific and the South China Sea during the Korean War. He visited Japan, Hong Kong, Thailand, Philippines, and many other Asian Pacific countries during his tour. Aubrey spoke of these deployments often and his time in the Navy became a very important part of his life. After being honorably discharged from the Navy in 1955, Aubrey transitioned to active reserves. Later he started a family and worked in dairy farms with his father and brother in Florida, Nevada, and Pulaski Tennessee. During this time, he maintained he continued in the Navy Reserves and in 1968-1969 he deployed to Vietnam with the Mobile Construction Battalion 22 (MCB 22). In 1972 Aubrey returned to active duty as a Navy recruiter in Reno NV, continuing that period of Navy service for the next 15 years in Nevada, California and Alabama. As a recruiter he gave hundreds of young men of America a start in the greatest Navy on Earth. These years were the proudest moments of his professional life. He retired from the United States Navy in 1987 having completed 32 years on Active Duty. Aubrey came back home to Pulaski with his wife Isabelle in the mid 80s where they ultimately retired and became cattle farmers. Situated in the Campbellsville area of Giles county, the farm became a family beacon where he taught his sons about farming and hard work. As years followed his children, grandchildren, and great grandchildren would be drawn to the farm from all across the U.S. to live, work, explore, and learn about farming and family. The "Farm" is his legacy. It's a place where all his descendants look to as home. It's a place that keeps them together even though they are spread across the US and the world sometimes. His presence will be missed but it will always be felt in the rolling hills in a little corner of Giles County Tennessee. Visitation will be held on Friday, October 2nd from 4:00pm until 6:00pm at Bennett-May & Pierce Funeral Home and Crematory Funeral service will take place on Saturday, October 3rd at 10:00am in the chapel of Bennett-May & Pierce Funeral Home and Crematory Burial will follow in Giles Memory Gardens He was preceded in death by his parents, Wesley Preston and Allie Mae Boone Archer, brother, Junic "Dick" Wade Archer, sister, Helen Bonds, and grandson, Charles Stuart Marsh. He is survived by his, Wife of 38 years, Isabelle Archer of Pulaski Son, Junic (Debra) Archer of Forest City Iowa Daughter, Pam Cunningham of Columbia Tennessee Daughter, Deanna Archer of Springhill, Tennessee Son, Wesley (Jocelyn) Archer of Scarsdale, New York Son, Walter (Heather) Roth of Springhill, Tennessee 14 Grandchildren 6 great grandchildren Sister, Beverly Jones of Pulaski, Tennessee Several nieces, nephews and cousins also survive. Bennett-May & Pierce Funeral Home is in charge of arrangements for Aubrey Dean Archer To send flowers or a memorial gift to the family of Aubrey Dean Archer please visit our Sympathy Store.

To order memorial trees or send flowers to the family in memory of Aubrey Archer, please visit our flower store.